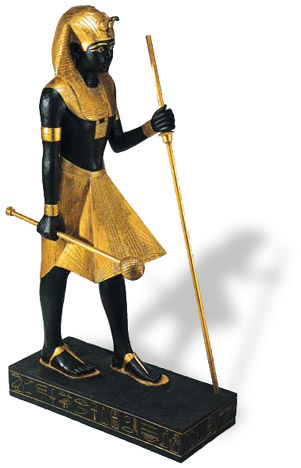 This gilded wooden statue of Tutankhamun depicts the pharaoh wearing the following items:

In the image at the right, we see various gods (Hathor and Anubis) and a pharaoh (Tuthmosis IV) in

Found in the tomb of Tuthmosis IV. The scene depicts the pharaoh’s passage into the afterlife.

Hathor (the woman on the left) is wearing a Bead-net dress (it is likely worn over a Sheath dress). It appears to be created though intricate beading.

Tuthmosis IV (the pharaoh whose image is repeated) wears the Nemes Headdress. This was a striped cloth headdress often associated with King Tut. 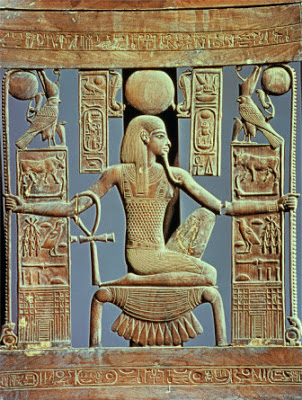 Carving from the back of a chair discovered within the tomb of Tutenkhamun is a depiction of the Spirit of the Million years, named Heh, (circa 1370-52 BC).

This image from the back of one of Tutankhamun’s thrones depicts the god Heh. He wears a postiche (a false beard symbolic of the ruling pharaoh). When deities are depicted wearing postiches, they are usually curved as the one shown here. Those worn by the pharaoh were straight. Heh also wears a corselet (a form of armor believed to have been created from overlapping pieces of leather or metal). He wears other garments typical of Egyptian attire that have been mentioned in the examples above.

These women show many of the forms of attire available for women. 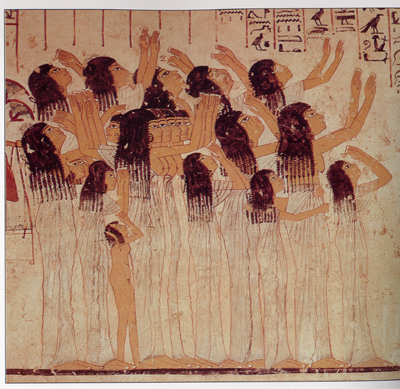 Mourners at the tomb of Re-Mose, who was a Vizier under Amenophis III.

Some are bare breasted with either one or both breasts exposed. Other women wear the calasiris (a wrapped dress-like garment which usually features a cape-like sleeve over one or both shoulders). The naked figure likely is a slave rather than a child. Slaves were often depicted as smaller as a symbol of their lower status. 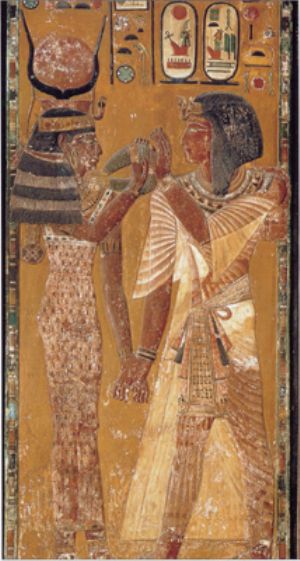 Hathor welcomes Seti I to the afterlife.

This image features the goddess Hathor welcoming the pharaoh Seti I into the afterlife. She wears similar garments as the previous image of her featured here. Seti I wears some interesting variations on typical Egyptian garments. They are unusual due to their sheer quality, though it is believed that fine, sheer linens did exist. This image allows us to see all the layers as they would have been worn due to the sheer qualiy. Starting with the layer closest to the skin the following items are depicted:

Some examples of Egyptian Crowns and Headdress beyond what we have discussed in class can be found in the following images: 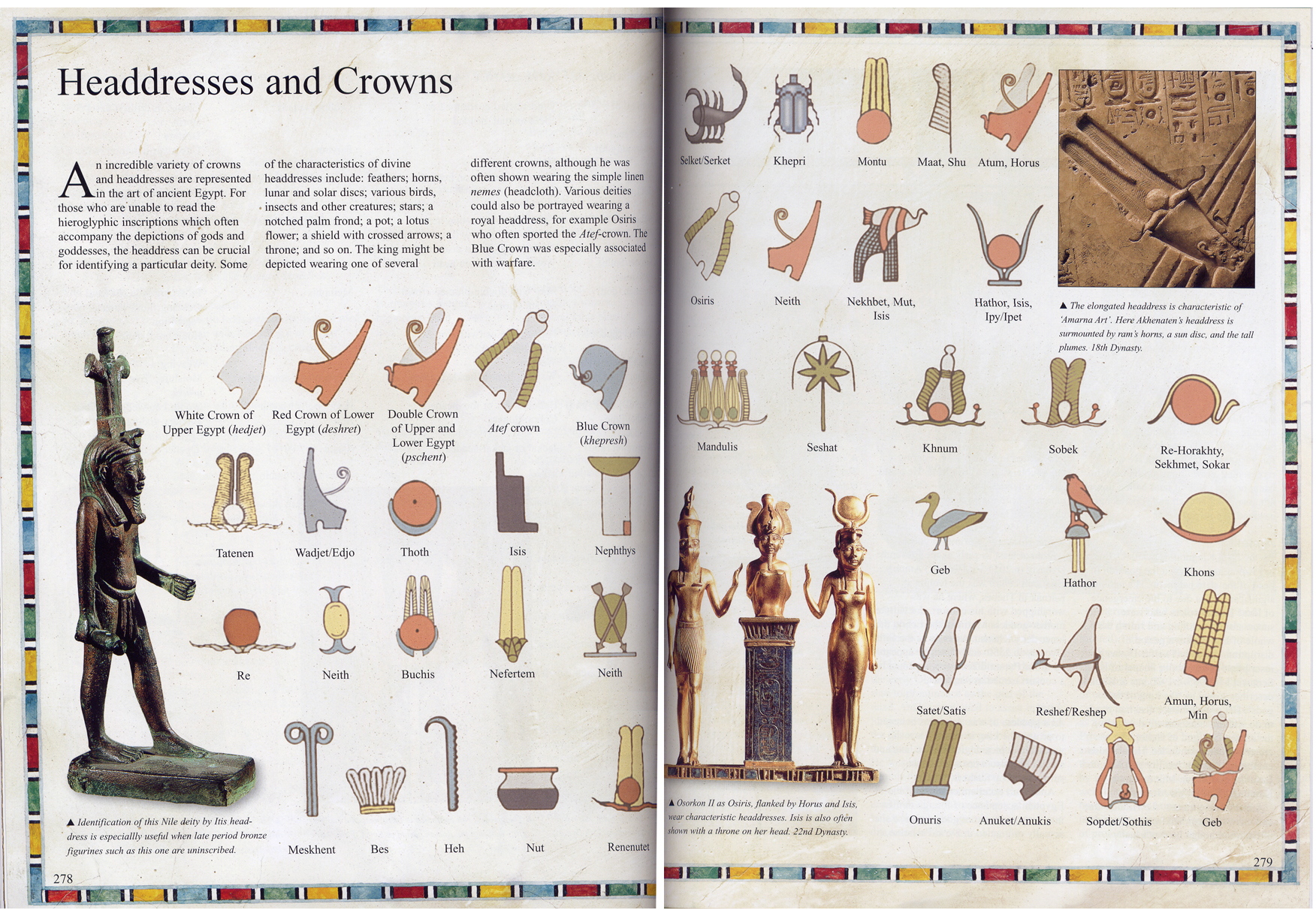 SILHOUETTE SHAPE: Tall & Narrow with an unnatural emphasis on the head. Natural hourglass is visible.