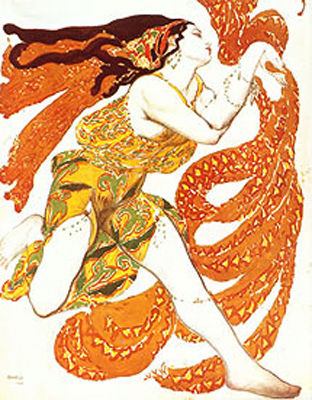 Costume Design for a Bacchante in “Narcisse” by Tcherepnin, 1911. Leon Bakst

A theatrical designer Leon Bakst collaborated with Sergei Diaghilev in the creation of Scheherazade costumes for the Ballet Russes. The vividly colored exotic costumes caused a sensation when the production was performed in Paris in 1909. The vogue for “Orientalism” in Western fashion further solidified by this event.

Bakst’s costume designs had a profound impact on the Parisian fashion houses including Poiret, Worth and Paquin. 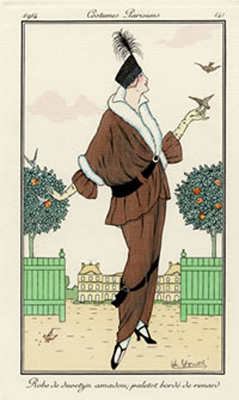 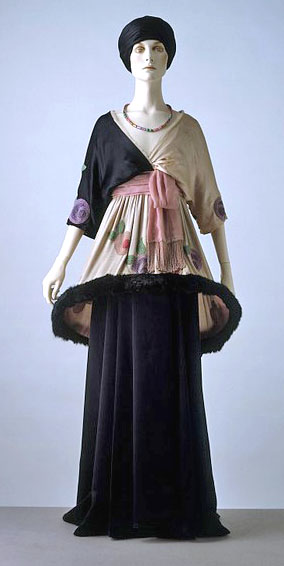 Paul Poiret defined Edwardian fashion with garments such as the hobble skirt (Left) and the mineret tunic(Right). He is credited with disposing of the corset and leading the other Parisian designers in the use of Oriental influences. A fabulous self promoter, he takes the credit of being the pioneer of these ideas. 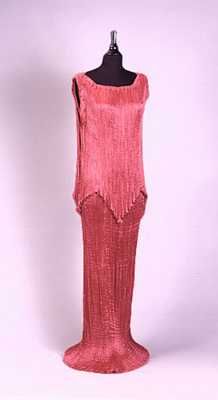 Fortuny Delphos Gown. Fortuny’s most famous design, the Greek inspire dress. Based on the “doric Chiton”. 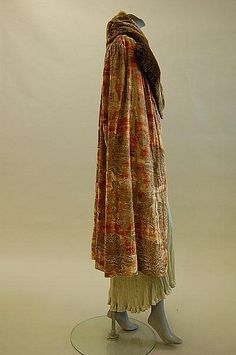 designer by trade. He was an artist who happened to also work in the textile arts–creating wearable art that was highly influencial on the fashion world. His delphos gown was made of “magically” pleated silk that only his salon could clean and repleat correctly. Inspired by the classic lines of ancient Greece, these timeless gowns are prized collector items today. It is often forgotten that Fortuny also created wonderful silk velvet garments that are often more intricate and more impressive than the delphos gown. 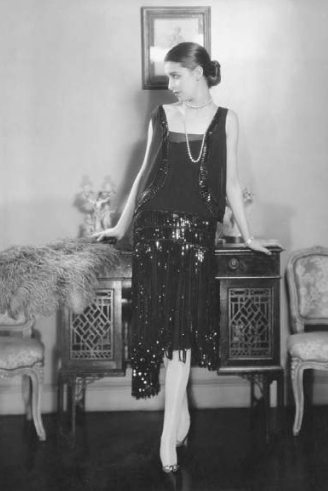 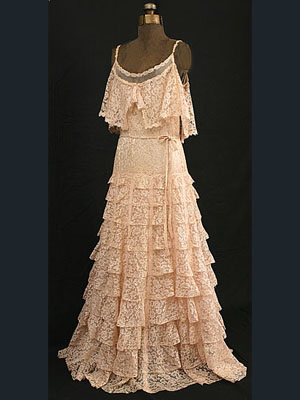 Chanel couture silk lace/tulle dress, c.1937. Label: Chanel with couture number on the back. Featured in the Chanel exhibit at the Metropolitan Museum of Art.

defined 1920s fashion. Among her innovations were “the little black dress” (the first black dress not intended to be worn for mourning or a funeral). While she is often identified with practical clothes, she also had a vogue for ultra feminine lace dresses–especially in the 1930s. Chanel also promoted a trend for large costume jewelry and long strands of beads. 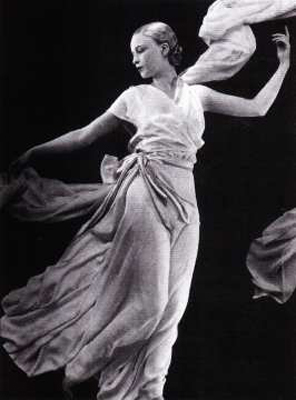 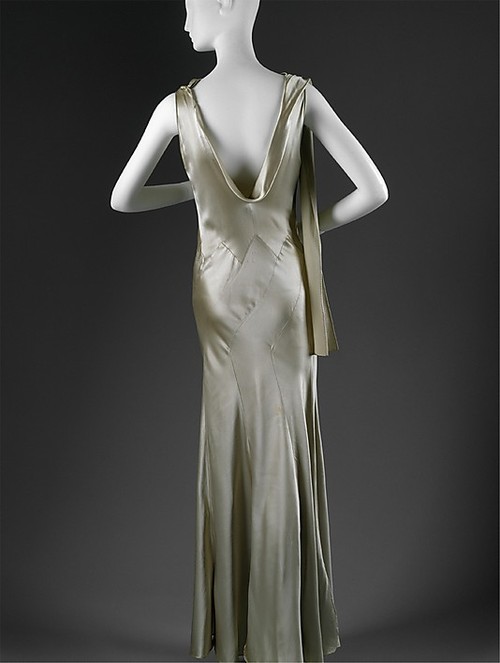 Madeleine Vionnet placed an emphasis on

the cut of the gown rather than applied decoration. She is given credit for originating and mastering the bias cut, defining early 1930s fashions. The bias cut is a technique of cutting the garment to utilize the diagonal direction of the cloth which has a natural stretch and gracelful drape. This technique allowed the garment to accentuate and cling to the curves of the female body. Vionnet successfully brings back the natural female shape. 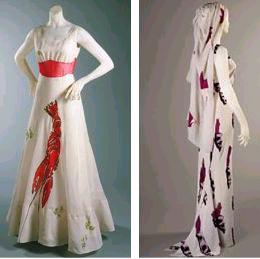 Elsa Schiaparelli was known for smart, sophisticated witty clothes that often incorporated surrealist details. With a flare for theatricality, she often emphasized color and unusual decorative effects. These included the use of zippers, skirt and sweater combinations, and frequent use of her signature color–shocking pink.

The images below are more examples of Schiaparelli’s designs during the 1930s. 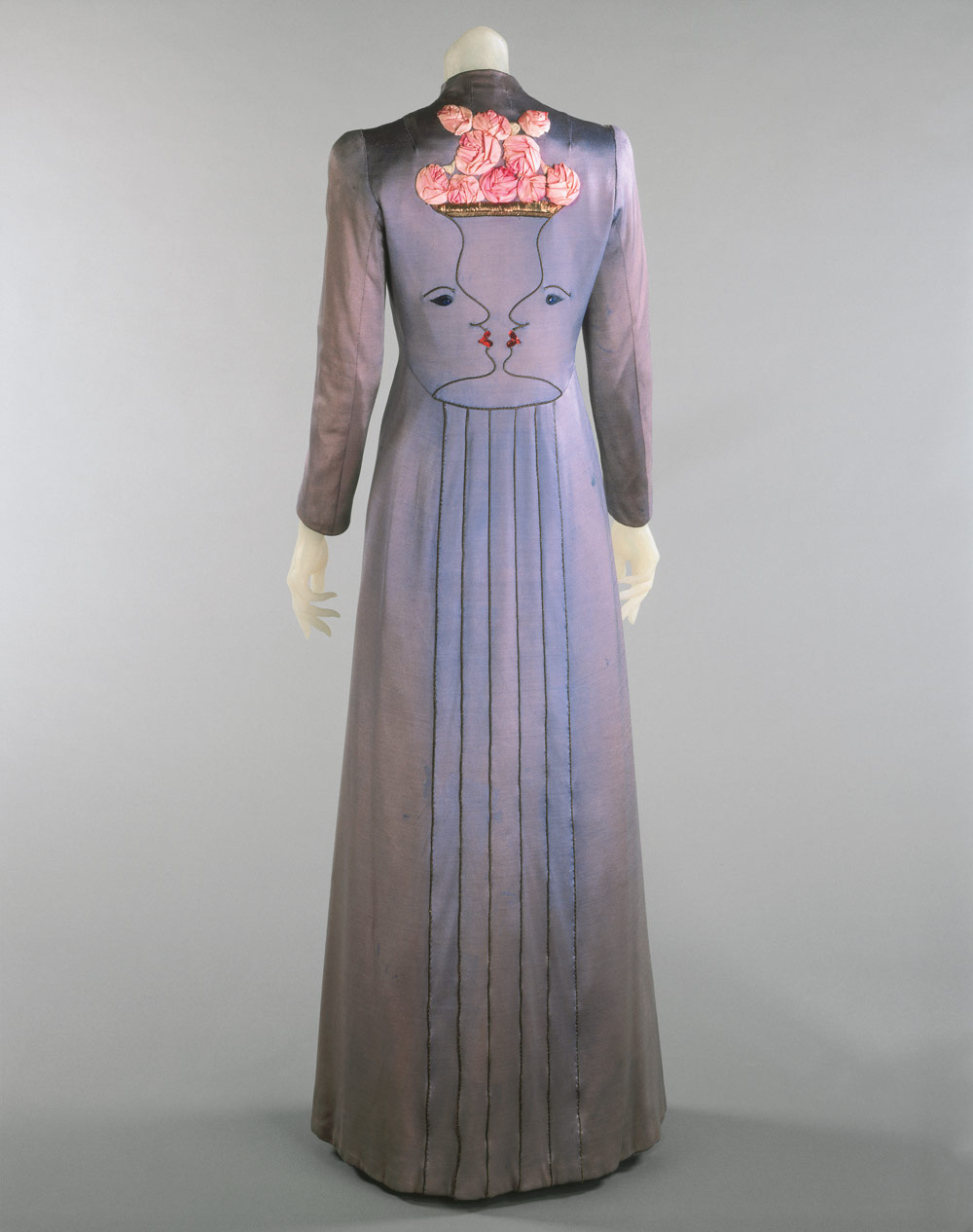 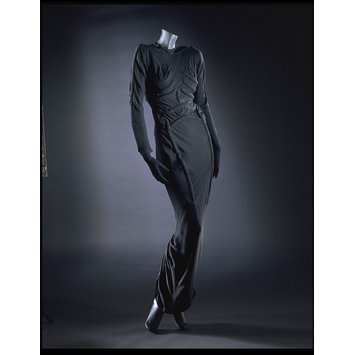 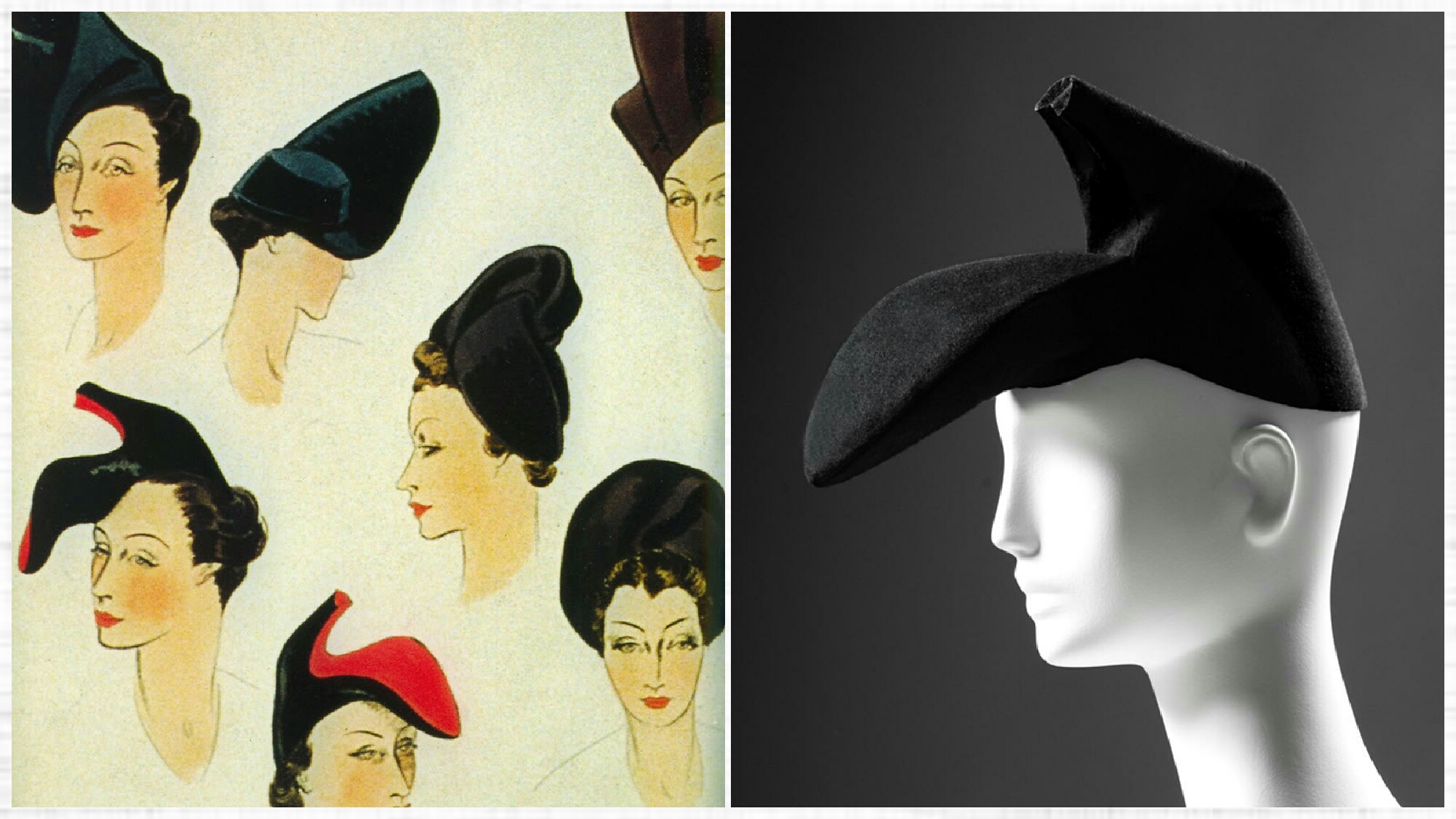