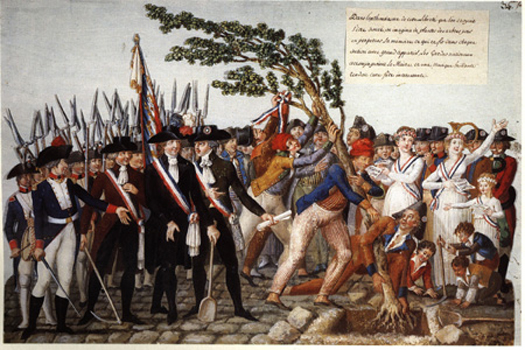 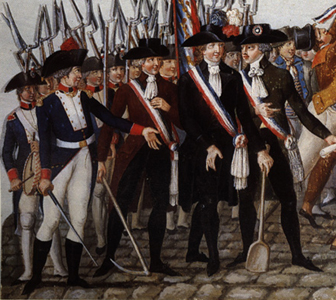 Detail from the painting above

During the French Revolution, citizens were expected to declare their revolutionary support by displaying the appropriate colors: red, white, and blue.

Beginning September 21, 1793, wearing a tricolor ribbon “flower” called a cockade became mandatory. These are commonly displayed on hats (as the figure standing on the right is doing) and lapels. Tricolor ribbon sashes were also a popular accessory.

These obviously upper-class men appear to be sympatizers with the revolutionary cause. 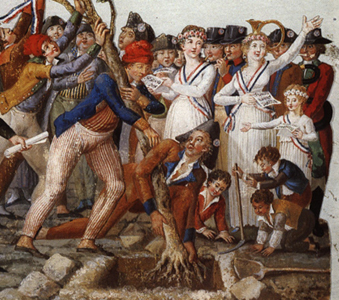 Another detail from the painting above

Here we see different examples of how the colors red, white and blue were incorporated in the revolutionary dress. Notice the bonnets rouges (Center and Left). Considered “red caps of liberty” these were worn only by revolutionaries. They were soft caps similar in shape to Phrygian bonnets (aka. Smurf hats) made of red wool.

Its possible that the gentlemen sporting the bonnets rouges are also wearing carmagnoles. These were short woolen or cloth jackets worn by the sans culottes (revolutionaries). Carmagnoles were often dark in color and reached the hip. They were cut with fullness in the back and were usually worn with a red waistcoat and striped drill trousers.

The ladies in this image are already wearing pseudo Greco-Roman inspired dresses that are not overly different than the chemise a la reine dresses that surface at the end of the Georgian era. Red, white, and blue become popular dress colors. 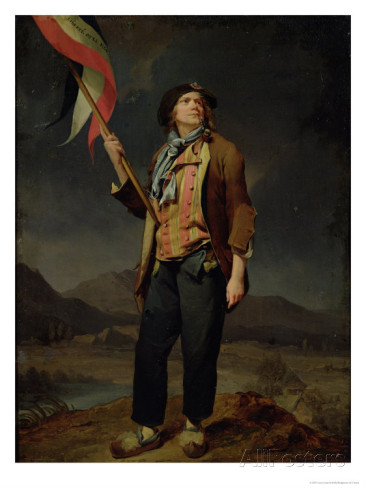 For some time certain elements of male attire take on political significance. The biggest article of clothing signifying revolutionary support is the style of pants worn. The Sans Culottes represented the working class voices in the revolution. “Culotte” is the french word for knee breeches, which were still favored by the fashionable upper class during the Revolution. The phrase translates as “without knee breeches.” Full legged trousers were a working class staple during this time.

Some upper class supporters ditched their knee breeches and adopted trousers in support of the cause of the lower classes. Upper class men who did not sympathize with the revolutionaries continued to wear their knee breeches as a badge of their own alliances. Many wore them straight to the guillotine during the “Reign of Terror”.

Dark dresses for women were fashionable during the “Reign of Terror.” 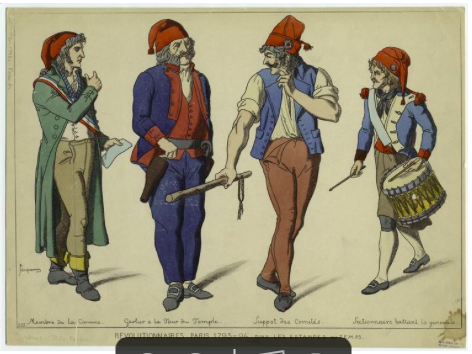 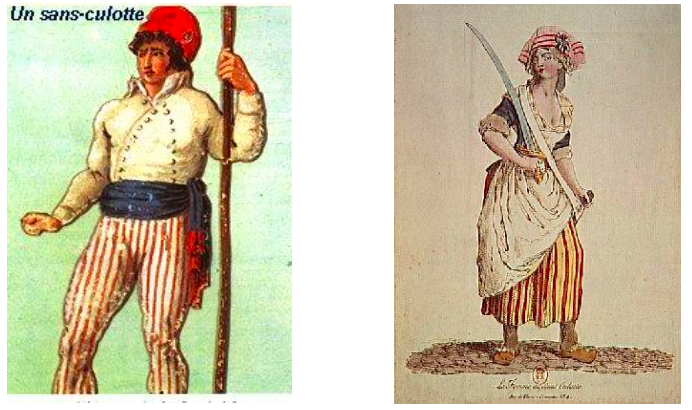 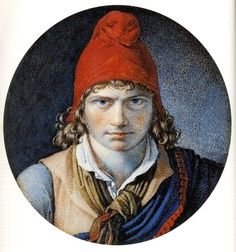 Bonnet Rouge worn by a Revolutionnaire. 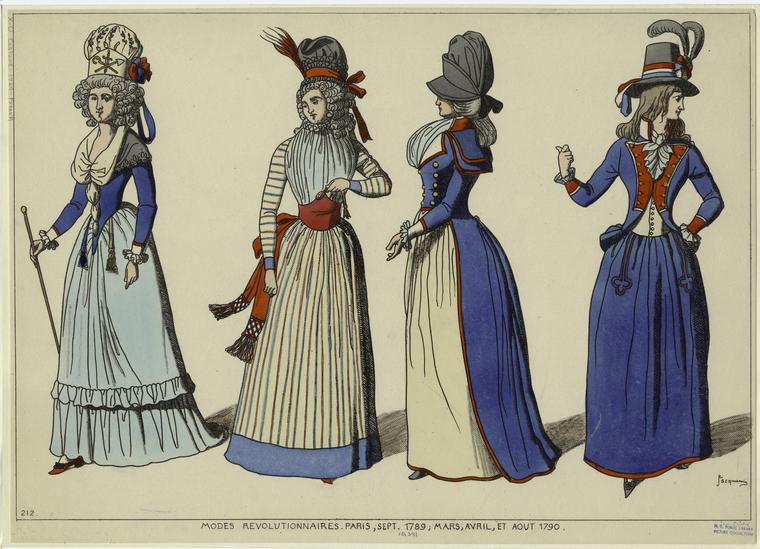